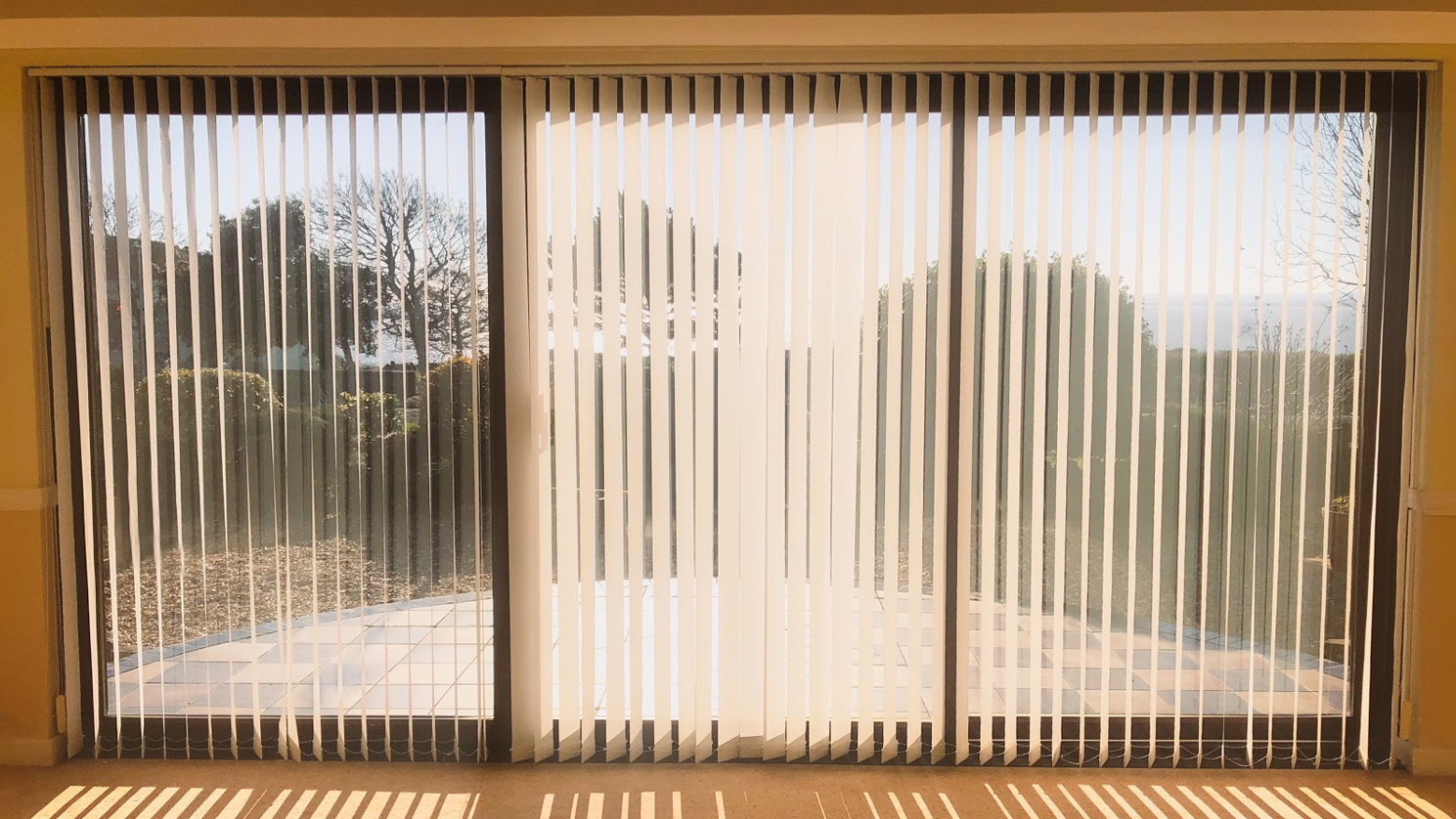 It is not uncommon for customers who visit our showroom and see the large amount of vertical samples to ask – do people still use vertical blinds? The answer is YES, vertical blinds are still often used. Their many advantages will ensure that custom vertical blinds will always be a viable window treatment for many applications, especially sliding glass doors and large windows.

Vertical blinds have experienced over 40 years of widespread use, with almost 2 decades of being the number one choice amongst all window treatments. During the 80’s and 90’s, customers were asked what type of vertical blind they were interested in, instead of what type of treatment they desired. They became so popular that nearly every homeowner has installed vertical blinds somewhere in their home. This has contributed to the vertical blind becoming a victim of their own success. After all, who wants what everybody else already has? Since verticals have been so popular for so many years, it seems like people are searching for a new look, something different from what they have already had. With a huge assortment of innovative and beautiful possibilities, it only seems natural that people would want a change and choose a different window treatment. It also seems as though the children who grew up with verticals in their home do not want something that their parents had. This seems to contribute to the fact that vertical blinds may be considered “passe” to the younger generation.

The neat and modern look of vertical blinds quickly replaced the neat and modern look of horizontal mini-blinds. The low maintenance feature inherent in vertical blinds replaced the ever popular mini-blind and its dusting dilemma. Eliminating the extra cleaning required with mini-blinds led to the explosion of the vertical blind’s popularity. Customers love the fact that they do not have to spend countless hours trying to keep their blinds looking good. When covering sliding glass doors and large windows, maintenance becomes a significant factor when choosing the appropriate window treatment. The vertical orientation has allowed mother nature to be on your side. The use of P.V.C. vinyl has provided a nice look while using a material that is totally washable. These vinyl slats can be scrubbed clean since it is a washable surface. Very important for those with pets and /or children or just may want the option to be able to clean their blinds. 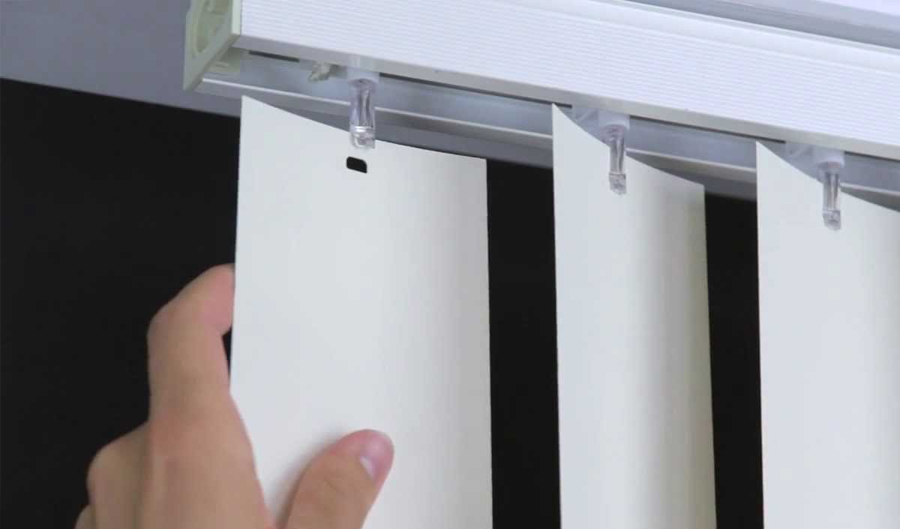 The function of a vertical blind has always been a major reason as to why people prefer to use them. The ability to tilt and turn the slats allows the user to control the light while maintaining a certain sense of privacy. Pulling the chain and adjusting the slats to a desired degree gives great control so that you can see out without allowing others to see into your home. It is this versatility that will ensure vertical blinds will be around forever.

Vertical blinds can be more considerate to the budget as they can be a quarter of the cost compared to some of the more elegant treatments available today. Significant savings can be realized when covering large windows in your home or commercial application. Verticals can be made up to 20 feet wide as a single blind, avoiding the need to use several more costly treatments. Their cost per square foot proves to be much lower when compared to many of the other shade and sheer alternatives.

A pet friendly window treatment does not really seem to exist as there are often problems on those large living room windows that always seem to face the front of the house. It is this window where the dog will often see the neighborhood dogs passing by and feel the need to bark out loud and protect their home. Even if the dog is not aggressive it is likely that they will leave their mark all over the blind/shade as it gets covered in dog saliva. This is where the vinyl vertical has a huge advantage. Knowing it will get dirty it is nice to have the option to be able to clean the slats and get them back to new with a little effort. Dogs can also poke their head through the slats and see what is going on outside, hopefully minimizing damage to the verticals. Although nothing is foolproof when it comes to pets, at least the vertical stands a chance against our furry friends.

As much as people may say that verticals would be considered passe’ today, they are the type of treatment that will be around forever. A proven way to cover large areas with a cost effective and low maintenance product will always be appreciated. Combine that with the privacy and light control that they offer, many will use them as long as they are not concerned about what other people may think about their “passe” blinds. 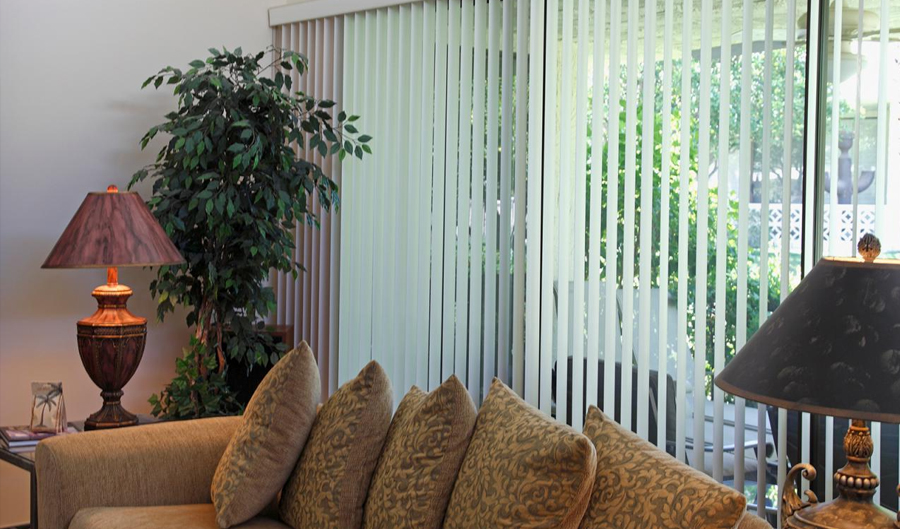